“Aspettando Sanremo 2021” together with Radioactive20068 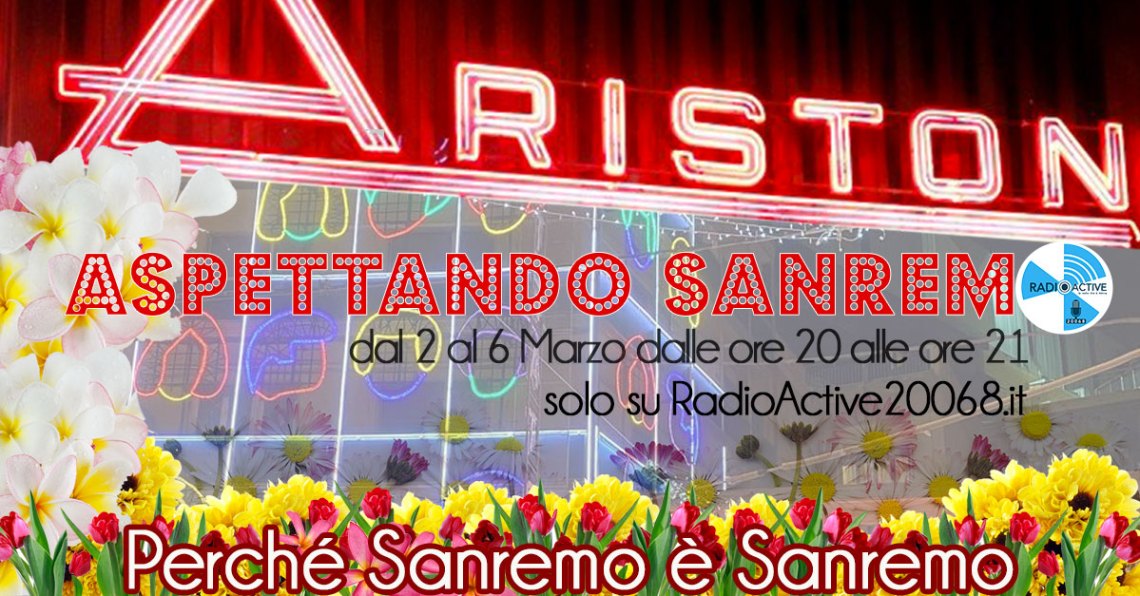 From Tuesday 3 March to Saturday 6 March every evening from 8 pm to 9 pm it will be broadcast live on www.radioactive20068.it “ASPETTANDO SANREMO 2021”.
We will comment on the events, the singers, the clothes, the gossip, we will reveal the previews and we will listen to the songs in the competition.

In the week of the Sanremo Festival we cannot fail to mention Sanremo, and Radio Active will take you to the festival and will show you it with different eyes, because Saremo is Sanremo.

GerliMusic Management will be present for the live broadcast of “Aspettando Sanremo 2021”!

On Tuesday and Wednesday evenings, Roberta Gerli, owner of GerliMusic Management, will also be present live to comment and tell the much awaited evenings of the Sanremo 2021 Festival together with the cast of Radioactive20068.

The great success of Radioactive20068

Radio is a powerful medium both from an aggregative point of view and from an educational point of view as a “place” for experimentation and growth. In this year there have been so many young people and not only that have approached the radio and those who participated had the opportunity to experiment in different roles following their interests and inclinations and “training” their communication and relational skills. Each with their own language shared ideas, confronted, experimented and learned together with the others … from planning to preparation to running a program!

In one year the radio has gone from 4 programs to 27 currently online, with a podcast schedule of 40 different broadcasts.
Every day the radio is listened to on average by 252 people, for a total of over 90,000 in the year, of which over 66,000 from Italy.
Here is what the managers say: “The lockdown was a tough test, but it allowed us to consolidate programming and offer six live streaming concerts, as well as launching 65 new artists.”

“Artisti in radio” made by Roberta Gerli

Roberta Gerli’s adventure continues in conducting the “Artisti in radio” program which is enjoying great success among the public.
Also small change, the program will no longer air on Thursday at 21.00, but will change the day on Tuesday at 18.00

So from next week, Artisti on radio will be on air every Tuesday at 18.00. The next protagonist will be Aenea, a young emerging artist who will tell us about her latest single “Trailer del paradiso”

Follow all the interviews of artists on the radio here
https://www.radioactive20068.it/shows/artisti-in-radio/