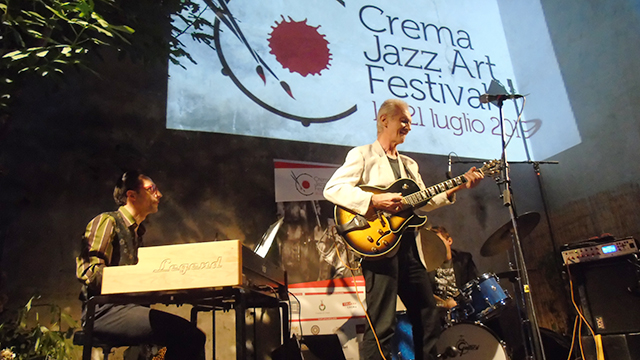 Crema Jazz festival: the first evening of the fifth edition was as always a great jazz music festival, thanks to the conference by Maurizio Franco, dedicated to the history of this musical genre, and to the concert by Gigi Cifarelli.

Gigi confirmed his talent with great music, combining incredible improvisation and technique and seeking direct contact with the listeners. The concert opened with the memory from the organization and from Cifarelli himself of Giuseppe Bellanca, tenor of the Teatro della Scala.

Bellanca has tragically disappeared in a car accident a few weeks ago. A great artist, appreciated in the lyric and jazz environment and who should have participated in the festival.

A series of spontaneously played pieces

Cifarelli, interviewed by the local press, stated that he had not prepared a real lineup, but had chosen the pieces spontaneously.

With his band, Cifarelli played what came from the inspiration of the moment and from the demands of the public. There were tributes to Sonny Taylor and George Benson.

Gigi Cifarelli is a great artist of the Italian jazz scene and has been collaborating for a long time with the Gerli Music Management agency.