In stato di Grazia: the first theatrical production of GerliMusic 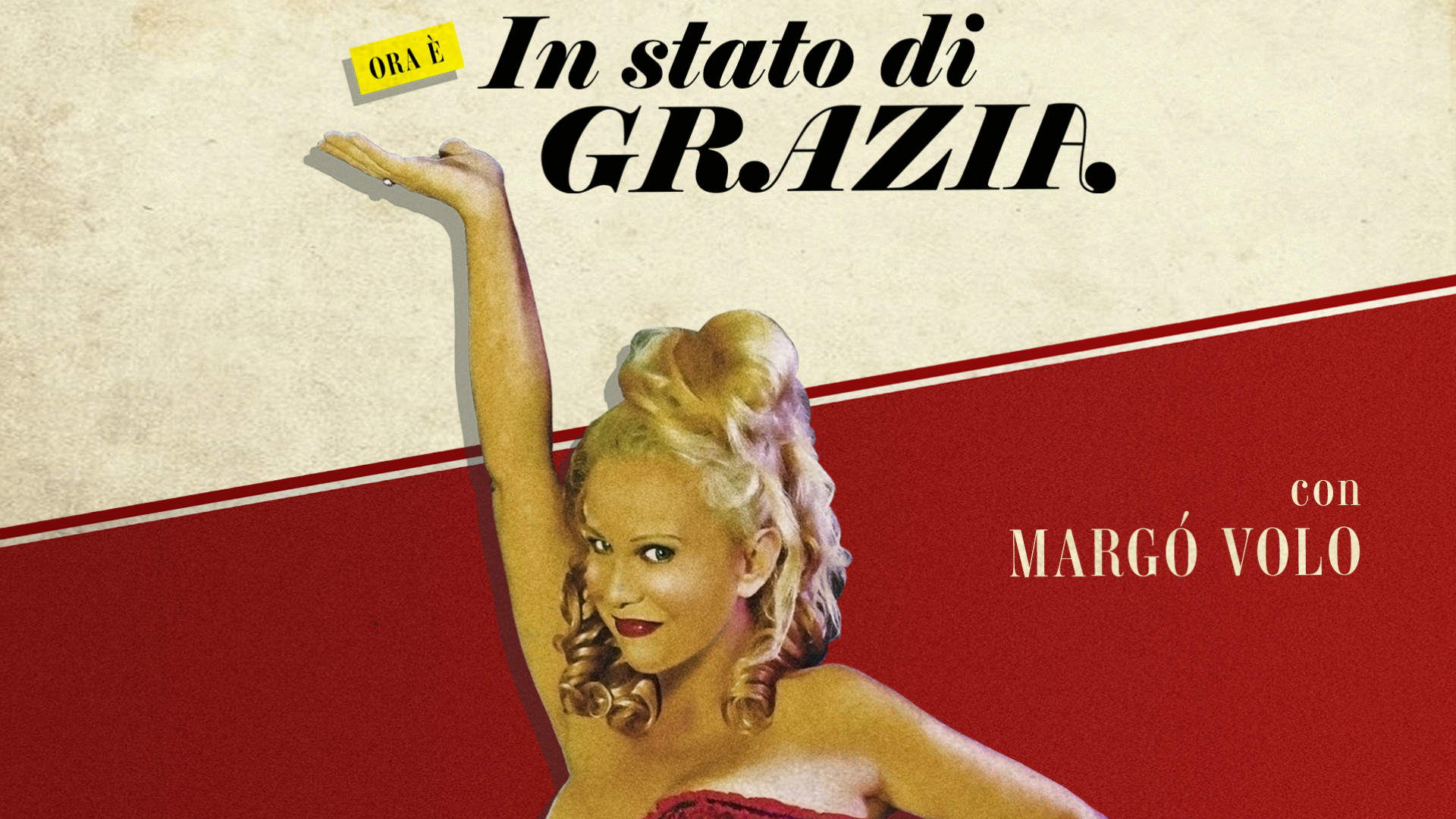 A show tha represents all genres, even yours (even if you don’t know what it is yet)

From this surreal premise comes, In stato di Grazia, a monologue written by Tobia Rossi for Margò Volo who, with irony and self-irony, talks about taboos and prejudices, about self-discovery and sexual freedom, about menopause and joie de vivre, through the monologue- testimony of a bizarre and outspoken character, who confronts the public by provoking the reaction that most of all characterizes the relationship with our body, our complexes, our intimacy: embarrassment.

The meeting between two generations, that of Tobia and Margò, who “magically” create a true (In) “state of Grace” perfectly balanced between irony and comedy, drama and comedy.

In an age where bodies are overexposed, the most intimate secrets made public, are we really so free and aware? What are the limits of the sayable and the feasible that we face every day?

In stato di Grazia speaks of all this through the bizarre epic of a kitsch heroine, told by mixing genres (black comedy, sex comedy, melò, even musical and science fiction) and languages, to give us back the extraordinary – absurd and wonderful – complexity of a human being struggling, like everyone else, with fears and frailties, furious passions and desires for redemption. In an imaginary village in Northern Italy, Grazia, a woman in one piece, wife of the mayor and principal of the only high school in the country, is feared by everyone: students, colleagues, parents. With firmness and austerity, Grazia guides not only her institute but in some way the whole country, governed by its principles: rigor, respectability and above all sexual repression.

A “true state of grace” for Margò Volo who plays eleven characters demonstrating all her immense eclecticism, giving voice and form to each of them.

Here is what said the protagonist of the show, Margò Volo

“I have always dreamed of working with Tobia and for an alignment of constellations, the right opportunity has come to do so. In Grazia, the situation literally explodes in hand, disintegrating the armor that had built up over time. I immediately fell in love with his freedom of thought, and his ability to transform, which is also mine. A real kaleidoscopic journey together with eleven characters, so different from each other, that they forced me to search inside myself. There are aspects of rigid Grace and unveiled Grace, especially the latter, which belong to me. It is sewn on me, but the fabric is Tobia’s. I borrow the words of Grace, a warning and a wish for all of us: The body is the greatest instrument of freedom that has been given to us. You make the rules. Listen to your wishes. Be masters of them, claim them. “

Just like in a mutant movie, after that accident, something changes radically in her: she begins to feel a strange itch, a strange desire to be herself and free her sexuality, which, after the first hilarious signs, ends up pervading her. totally, send her into a tailspin and give life to a new Grace: a free woman. Some people do not like all this freedom, someone is annoyed and fears that the new Grace could lead the people of the country on the wrong path. In a short time, within the school, some teachers and parents join forces in a sort of anti-Grace party, in a short time the woman becomes the scapegoat of the community, a real crusade moves against her. Apparently the entire citizenry preferred a cynical and repressive despot to a colorful and extravagant but authentic free woman.

Tobia Rossi, like a skilled tailor, designs and realizes, on Margò a text that strikes for its frankness, for the simplicity and strength of words that never betray their mission: to arrive straight, without useless turns, to anyone who will have the privilege to listen to them.

The author Tobia Rossi speaks thus about his latest work

“She was born with her, for her and on her. Content and theme, designed specifically for Margò. This theme, linked to personal and sexual freedom, beyond any taboo, convinced me immediately. I tried, as is my habit, the most suitable language that I respect with all the characters: words, incandescent, precise, strong and a rhythm for each one, fitting and pressing.

An exposed theme (freedom, taboos and embarrassments) and a hidden one (education and everything that revolves around us): Grace is judged for its rigidity and then for its unscrupulousness, revealing the weaknesses and limitations of others and of our time “.

And again: “In this monologue I see that story unfolding, enriched by what Margò and the whole creative group put into it. I am amazed and amazed by the magic and strength it has generated, aware that an idea reaches its fulfillment only when it is realized “.

At the following link you can buy tickets for the show:
www.oooh.events/en/evento/isdg-biglietti

We remind you that due to the health emergency, seats are limited to 40, do not miss the opportunity to attend this amazing theatrical show!