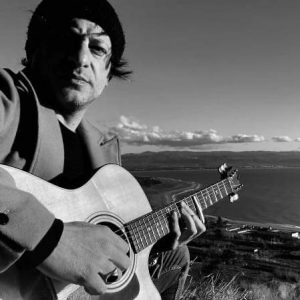 Giorgio Caporale is a musician who does not like definitions. After the art school he continued his studies in architecture but soon realized, being in contact with the world of creativity and art from an early age, that his path was music.
Giorgio Caporale, in fact, is a son of Art, this represented his source of inspiration and the raw material from which to start mixing different expressive forms and different colors.

His musical artistic path has formed over time a varied background, passing from different genres, starting with rock, with blues then with jazz and more, but what is striking about Caporale is his research and his ‘constant’ experimentation, the ability to always explore new languages ​​and above all its openness to the world. He experiences music in an all-encompassing way, like the completion of an artistic journey. Through music he tries to express his emotions.
He loves to fit into the progressive rock and contemporary jazz genres.