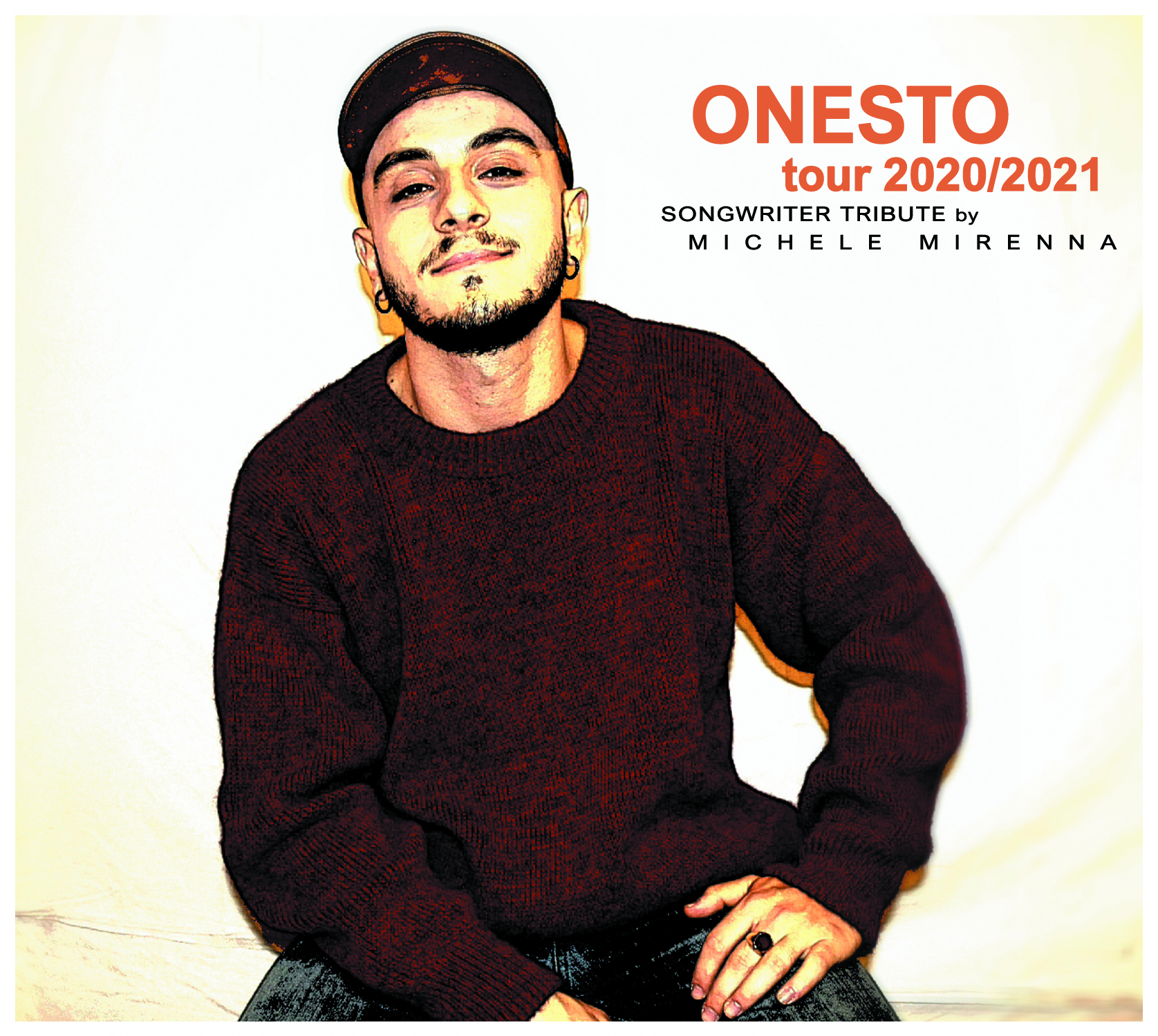 On February 20th, 2020 “Onesto” is finally out, the second album by the young Paternese singer-songwriter Michele Mirenna.
The album title and the desire to keep one’s first name contribute to give an idea of ​​what is considered the philosophy of this artist: looking around he notices “things” (as he says) and does not want to keep his thoughts hidden that derive from his observations. For this reason, try to share them with as many people as possible, as if you were on a social network.

Michele Mirenna, authentic all the way

Although many have repeatedly advised him to find a stage name, Michele has declined the offer each time, aware of the fact that appearance is everything in the music sector.
In response, he began at 18, with a phrase that literally displaced everyone: “People do not want phenomena, but mediocrity done well, so that we can see each other again”. He thus sculpted the belief that he must always follow his ideas, without giving in to the conformations of producers. This made him the person described on the album.

The main intent, also explained with the single namesake, is to offer listeners a choice, to free them from the false beliefs gained day after day, the result of what is served to them.
The project is presented through a video clip shot inside the studio where the single was recorded (the rest of the album was written between London and Milan).
The album is produced by The Attic Studio in Milan. His is a satirical complaint, at times aggressive but always respectful, to protect the listener. While the latter was once allowed to become attached to an artist and mature thanks to the purity of music and respect for artist-listener communication, it is no longer possible.
All this has given way to occasional events that bring the much-loved easy money.

See how it has to end

“See at how it must end, like the alleged artists, exploiters of the fate of other singers
Or like purists, only Italian music but concerts abroad to make money
And again with the radios, the charts, the platinum, the nausea, I almost vomit
It must end, I am not exaggerated, a sensitive man who is looking for a pretext “

It is in these verses that the controversy becomes less concealed. Michele tells how the choices are now made following easy opportunities to be seized and the trails of great past artists. He also appoints Italian artists who, instead of reviving Italy after sensing the bad habit, are expatriates in places where their melodies were well received. Things you can only buy with money. Certainly not writing and composing.
And finally, it moves a critique of the methodology for using the market.

Despite criticism and a tough stance, what is most surprising about “Onesto” is the artist’s trust in mankind. This trust is accompanied by the full belief that this period is destined to self-destruct.
This idea has brought him many criticisms, to which he has always been able to respond thanks to his honesty. He believes he is honest as few artists can do, accepting discordant and tremendously harsh opinions towards him, precisely because those will make his beliefs even stronger.
“If you are a true artist, you don’t need to have a famous name, you have to be someone to admire for people, not for the media.”